I’m sure a lot of folks have signed up for a credit card offer when at a concert, festival, or sporting event. However, a new trend is credit card signups at the airport. Usually these cards that are being solicited to travelers in airport terminals are tied into an airline and offer travel rewards or frequent flier miles.

The folks filling out the paperwork for these cards are often in at least a tiny bit of a hurry, so it they may not have time to read the small print and determine whether or not the card is that great of an idea before signing on the dotted line. This is why I recommend signing up for credit cards online when you have time to read over terms, conditions, and other pertinent information. However, these cards being offered at the airport can be mighty appealing, especially if they offer rewards with an airline you fly and seem to provide competitive rates and fees. If you must signup for something, the following are generally your best bets:

The Gold Delta SkyMiles CreditCard offers big bonuses for new users, like up to 30,000 miles, and this card definitely doles out a lot of perks. This card does offer an annual fee, but that is waved for the first year for new card users.

With the Frontier MasterCard you have two cards to choose from. Both cards are competitive with their rates, but one has no annual fee, something that is really, really rare for travel reward cards. The no annual fee version won’t dish out as many miles for every dollar spent, but it’s still more generous than not getting any at all.

The US Airways Premier World MasterCard is loaded with perks, such as the ability to earn up to 40,000 bonus miles, value priced companion tickets, and priority boarding. While this card might not be the most competitive when it comes to rates and fees, the rewards make it quite worthwhile.

Get emails on the lowest rates and best deals on credit cards as soon as they're released. 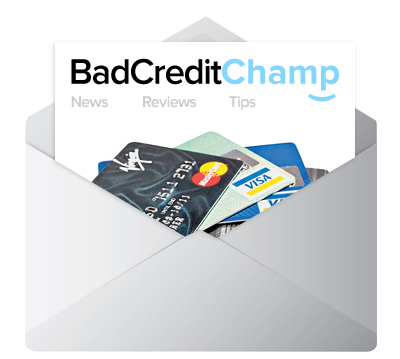 The Best Airline to Maximize Your Amex Points

Which Credit Cards Are Best for Traveling Overseas?

3 Credit Cards You Should Absolutely Avoid

Applying for a credit card can be a daunting task, especially if you have no credit history or if you have bad credit. But there are credit cards out on the market for such cases, and one example is the military credit card USAA Secured Platinum American Express Card, which… Read More»

How to Remove Old Debt from Your Credit Report

Does Bad Credit Affect Your Ability to Get a Job?

Many companies run full background checks of any job candidates, including credit reports. This can make people with less than stellar credit nervous, as they don’t know how the results of the credit check will affect potential employment. Many wonder, does bad credit affect your ability to get a job?… Read More»

How to Determine Your Credit to Debt Limit

When your creditworthiness is being determined, a lot of things end up going into the equation. Your credit to debt limit ratio is just one factor, but it is an important one. That being said, it’s important to know what this ratio really is and how it is determined so… Read More»

What to Do About an Unauthorized Credit Card Charge

Unauthorized credit card charges are guaranteed to be a pain to deal with, especially if your financial situation is strained. Unauthorized charges may be as a result of clerical error, computer issues, or pure credit card theft or fraud. Regardless of the cause, be sure to follow the steps below… Read More»